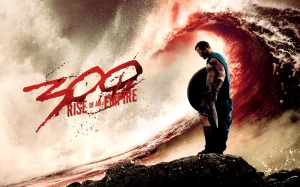 The Movie Scene Queen has 30 extra tickets for the Pittsburgh premiere of 300: Rise of an Empire. The special screening will occur on Monday, March 3rd at the AMC Loews Waterfront at 7:30 PM.

If you’d like your chance to attend, please comment below with the last movie you watched. I’ll start with mine: This morning I watched Hollywood Shuffle (1987) for the first time, a Robert Townsend classic where he sheds light on the fact that African American actors play the same stereotypical roles.

Winners will be announced on Friday, February 28th at 12 PM noon via email. Good Luck!