On behalf of the Movie Scene Queen and Warners Brothers Pictures, enter for your chance to win a Jersey Boys FAN PACK…

From director Clint Eastwood comes the big-screen version of the Tony Award-winning musical “Jersey Boys.” The film tells the story of four young men from the wrong side of the tracks in New Jersey who came together to form the iconic 1960s rock group. The story of their trials and triumphs are accompanied by the songs that influenced a generation, including “Sherry,” “Big Girls Don’t Cry,” “Walk Like a Man,” “Dawn,” “Rag Doll,” “Bye Bye Baby,” “Who Loves You,” and many more. 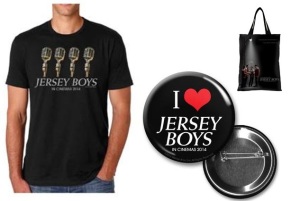 To be considered for this great giveaway, please comment below with the answer to the following movie trivia:

Jersey Boys tells the story of four young men from the wrong side of the tracks in New Jersey who joined together to form a 1960s rock group. Name this iconic group.

A winner will be randomly selected on Friday, June 20th and contacted via email about the prize pack. GOOD LUCK!