When Thomas wakes up trapped in a massive maze with a group of other boys, he has no memory of the outside world other than strange dreams about a mysterious organization known as W.C.K.D. Only by piecing together fragments of his past with clues he discovers in the maze can Thomas hope to uncover his true purpose and a way to escape. The movie, directed by Wes Ball, is based upon the best-selling novel by James Dashner and starring Dylan O’Brien, Kaya Scodelario, Aml Ameen, Thomas Brodie-Sangster, and Will Poulter. 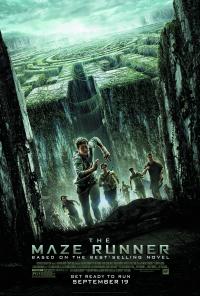 MSQ is hosting a special screening on Tuesday, September 16th at 7pm in the Waterfront. Please comment below with your interest. The Gofobo Code will be sent via email on Monday, September 15th.

70 thoughts on “The Maze Runner Passes”