STUBER is a buddy action-comedy directed by Michael Dowse and is about a mild-mannered Uber driver,  Stu (Kumail),  who picks up a passenger (Dave) who turns out to be an old-school cop hot on the trail of a brutal killer, and the driver is thrust into a harrowing ordeal where he desperately tries to hold onto his wits, his life and his five-star rating. 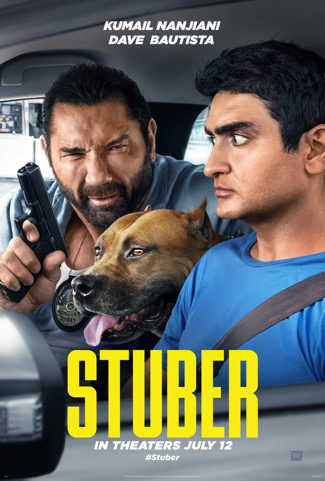 STUBER arrives in theaters everywhere on July 12, 2019! Movie Scene Queen has your opportunity to see this summer’s newest comedy on July 10th.  Please comment below with your favorite comedy duo.  My favorite comedy duo is a tie between Martin Lawrence and Will Smith and Will Ferrell and John C. Reilly.