JACKIE is a searing and intimate portrait of one of the most important and tragic moments in American history, seen through the eyes of the iconic First Lady, then Jacqueline Bouvier Kennedy (Natalie Portman). JACKIE places us in her world during the days immediately following her husband’s assassination. Known for her extraordinary dignity and poise, here we see a psychological portrait of the First Lady as she struggles to maintain her husband’s legacy and the world of “Camelot” that they created and loved so well.

On Tuesday, December 20 at 8:00pm in the Waterfront, Movie Scene Queen will be hosting a special screening of Jackie.  Who’s your favorite First Lady?  Comment below with your answer for passes.

The biopic depicting James Brown’s life as the Godfather of Soul, Get On Up, will be available on Blu-Ray and DVD on January 6th, 2015. Movie Scene Queen is giving away a handful of DVDs!

Rated PG-13, Get On Up stars Chadwick Boseman in yet another career-making performance as James Brown, with a stellar supporting cast that includes Oscar®-nominee Viola Davis, Oscar-winner Octavia Spencer, Nelsan Ellis, Oscar-nominee Dan Aykroyd, Craig Robinson and Jill Scott. James Brown’s ferocity, talent and ambition propelled him from his hardscrabble South Carolina roots to some of the most prestigious musical venues in the world, earning him a reputation as “the hardest working man in show business.” Get On Up takes audiences behind the scenes of his brilliant, six-decade-long career for an uncensored look at the turbulent forces that drove the legendary performer.

Please comment below for an official entry. Winners will be announced on Friday, January 9th.

And the winners are…

The teens at Bayside High School- Zack, Lisa, Slater, Jessie, Kelly, and Screech- took Saturday morning TV by storm in the early 1990s, scoring the highest weekend ratings. But what most 80s kids, like myself, get to see is the behind-the-scene story about the actors from NBC’s Saved by the Bell.

On Saturday night Lifetime TV premiered a biopic called “The Unauthorized Saved by the Bell Story”. The story, narrated and told by Dustin Diamond (Screech), revealed some untold myths about the seven-member cast. The only person who seemed to be left untouched was Dennis Haskins, who played Bayside principal, Mr. Belding.

As the youngest cast member, Diamond was bold enough to dish everything in a 2009 book entitled “Behind The Bell’, in which he recanted most of the claims in a 2013 interview in OWN’s “Where Are They Now?” Diamond’s version of the Saved By the Bell story and the book was the basis of this 2-hour unapproved account. 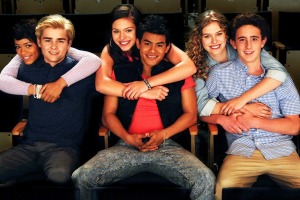 Despite the controversy, the movie depicted Mark-Paul Gosselaar (Zack Morrris) as an egotistical brat who played Lark Vorrhies for Tiffani Amber Thessen (and occasionally dyed his hair blonde). Mario Lopez was a juvenile gigolo and hot heat head. And the girls, Tiffani Amber Thiessen, Lark Voorhies, and Elizabeth Berekley were catty and childish.

Diamond’s account made everyone out to be the bad guy by showing how the rest of the cast members alienated him. The movie did show Diamond’s own weaknesses of substance abuse and peer pressure creating resentment and bitterness towards the show.

Lifetime TV has to chill with the biopics. They are getting a tad bit cheesy and predictable. The woman’s network is to biopics what Maury Povich is to paternity tests. It’s getting old! It’s now at the point where even the most proactive and juicy celebrity stories are being casted away (literally) with mediocre wannabes and juvenile script writing.

The TV network is slated to release two highly anticipated biopics about Whitney Houston and Aaliyah. “Aaliyah: Princess of R&B”, which will be released later this year, received a lot of flak for the actors who were selected to play the deceased singer, her ex-husband R. Kelly, her music gal pal, Missy Elliot, and close friend and producer, Timbaland. On the other hand, Lifetime has been keeping a low profile for Whitney Houston’s self-titled biopic, which will not be released until next year.

The movie’s unofficial soundtrack was inappropriate but dope, including classics “Baby Got Back” by Sir Mix-A-Lot, “Poison” by Bell Biv Devoe, and “Word Up” by Cameo.

The Unauthorized Saved by the Bell Story will re-air this weekend leading up to the world premiere of “The Brittany Murphy Story” on September 6.

Comment below with your favorite James Brown song for a chance to win tickets to see his biopic, Get On Up. 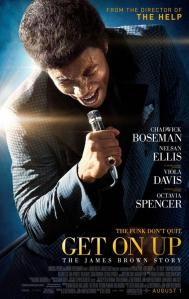 In his follow-up to the four-time Academy Award®-nominated blockbuster The Help, Tate Taylor directs 42’s Chadwick Boseman as James Brown in Get on Up. Based on the incredible life story of the Godfather of Soul, the film will give a fearless look inside the music, moves and moods of Brown, taking audiences on the journey from his impoverished childhood to his evolution into one of the most influential figures of the 20th century. Boseman is joined in the drama by Nelsan Ellis, Dan Aykroyd, Viola Davis, Craig Robinson, Octavia Spencer, Lennie James, Tika Sumpter and Jill Scott.

The screening will be held Wednesday, July 23rd at South Side Works Cinema beginning at 7:30 PM.