Skip to content
Based on this article’s title you might actually think I am prepared to write a letter to the 249 million White Americans, but I’m not. It’s cool though, because the movie-turned-Netflix series “Dear White People” pretty much sums up all of my sentiments.

Few in numbers, these students quickly discover that race plays a significant role in their interactions on campus. After a prestigious White group throws a Blackface Halloween party, tensions rise and creates a domino effect of other racially-motivated events.

I appreciate the transition from the big screen to computer screen. The Netflix series picked up right where the 2014 film left off, and, equally important, the TV series retained some actors from the movie. I was skeptical at first. But, the TV show version of “Dear White People” ceases all apprehensions with its dry humor and hard truths.

Even the title makes White people cringe of guilt and misconception. What is typically the proper letter salutation has now become an outcry for millions of voices to be heard.

Read more at the New Pittsburgh Courier: ‘Dear White People:’ A letter to the masses (Merecedes’ TV Column, May 10) 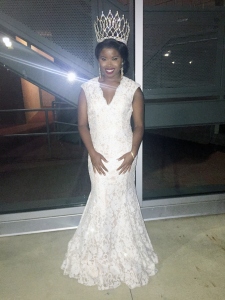