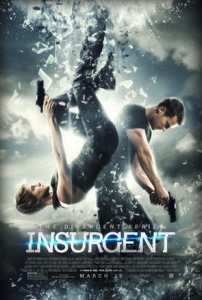 THE DIVERGENT SERIES: INSURGENT raises the stakes for Tris as she searches for allies and answers in the ruins of a futuristic Chicago. Tris (Woodley) and Four (James) are now fugitives on the run, hunted by Jeanine (Winslet), the leader of the power-hungry Erudite elite. Racing against time, they must find out what Tris’s family sacrificed their lives to protect, and why the Erudite leaders will do anything to stop them. Haunted by her past choices but desperate to protect the ones she loves, Tris, with Four at her side, faces one impossible challenge after another as they unlock the truth about the past and ultimately the future of their world.

Please comment below with your favorite Divergent moment.  The screening will be held Monday, March 16th at the AMC Waterfront 22, beginning at 7:30 PM. 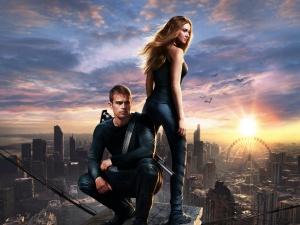 Based off of Veronica Roth’s 2011 novel, Divergent, set in a futuristic Chicago, follows a young woman who is trying to fit into a strict personality-based society. Beatrice “Tris” Prior (Shailene Woodley), along with all of the other teenagers on the cusp of adulthood, is given an aptitude test to help decide her fate. The city is divided into five non-transferable factions: Abnegation (selfless), Amity (peaceful), Candor (honest), Dauntless (brave), and Erudite (intelligent). Tris’ rare trait makes her decision difficult, but she leaves her parents and their Abnegation lifestyle to branch out on her own.

I did not read the book, but it did not hinder my understanding of the movie. It also did not play a deciding factor on whether I enjoyed the movie or not. I’m actually glad I did not read the book. I’m not a true fan of science fiction novels so I doubt if I would have even finished the book. Similar to a preschooler, I like books read to me from time to time so my safest median is an audiobook from iTunes.

The broader theme of the movie reflects contemporary societal problems. Between labels and social groups, we inadvertently cast people out or force people to define themselves. Divergent reminds me that we are all different and not simplistic enough to be assigned to a certain demographic.

Divergent has an awesome cast. The second movie where Shailene Woodley and Miles Teller teamed up. Last year, in ‘The Spectacular Now’, the two portrayed an odd high school couple. Both actors have a working chemistry. Although they weren’t love interests in this movie, they still share memorable, intense moments.

For all my Scandal fans, Fitz makes a guest appearance as Tris’ father, Andrew Prior. Tony Goldwyn makes the same distraught, confused Scandal faces during the entire movie. I thought Liv was going to pop out and fix all his Divergent problems. Damn you, Shonda Rhimes!

It’s so hard to not associate Mr. Goldwyn with his most famous, current role on the hit ABC show, but him pairing up with Ashley Judd in Divergent was a move in the right direction. 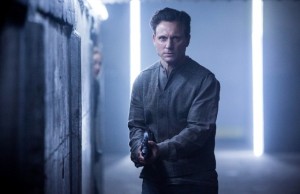 Lisa Bonet and Lenny Kravitz’s only daughter, Zoe Kravitz, plays Tris’ dauntless gal pal, Christina. She’s outspoken, strong and valorous. This is my first theatrical encounter with Zoe and I’m eager to see her other works. 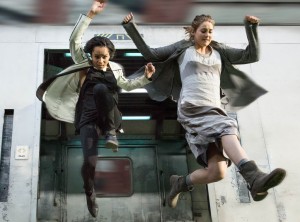 ‘Paid in Full’ actor Mekhi Phifer was a breath of not-so-fresh air in the movie when he played chubby villain and Dauntless leader, Max. While Phifer’s filmography is not lengthy of gluts and glory, he has given us some classics: Soul Food (1997), 8 Mile (2002), and This Christmas (2009). Like Martin Lawrence, Laurence Fishburne, and Chris Tucker, he’s put on a little weight lately. And while his role as Max was brawny and tough, I just couldn’t help but to notice how he’s packed on the pounds. 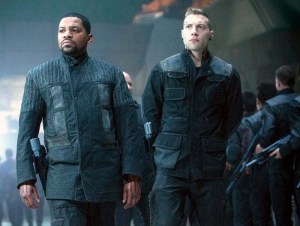 Even in his most notable TV role as Dr. Greg Pratt on NBC’s long-running medical drama ER, Phifer looked pretty fit. One thing that Phifer reminds me is that weight does not equate the quality or greatness of an actor. Overall, Phifer holds a medium yet meaningful role in Divergent.

Without spoiling the movie, the ending was sucker fair. Although there was no cliff hanger, a great movie like Divergent should have went out with a bang or at least ended on a more exhilarating, exciting part. All Divergent novel readers like Denele Hughson have reassured me that book ended in a similar fashion. (I’ll take their word for it!)

The IMAX experience is the only way to experience this movie. Divergent has the crispness of actually seeing it live like a play. After watching Divergent, I wonder why all movies aren’t viewed through IMAX lenses. It makes for a better movie experience.

4 Solid Stars: A fantastic movie about soul searching and discovering your life’s purpose. Also, a great series completion for anyone who has previously read the novel. I wonder if Veronica Roth’s other two novels (Insurgent and Allegiant) will become movies too. 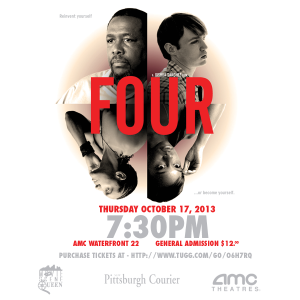 Joe (Pierce) spends his Independence Day evening meeting up with a young White man, June (Cohen), that he found online while, his daughter, Abigayle (King), stays home to care for her ailing mother. Daddy’s dirty deeds do not go unnoticed as Abigayle stirs up some trouble of her own with boyfriend, Dexter (Bonilla). Dexter, stricken with domestic issues of his own, lets his relationship habits, lack of self-assurance and self-confidence about race completely took a toll on his admiration for Abigayle.

Aja Naomi King, a recent Yale graduate and young actress, identifies with her character, Abigayle, both coming from small quiet towns with a low Black population and yearning for perfection. King says the film “shows you how much easier life could be if we were so much more open and accept each other as we are,” adding that with that understanding , “there wouldn’t be catastrophic moments with the people we love.” King played Abigayle as if she had been rehearsing for this role all her life.

When you mention Wendell Pierce, I automatically think back to my innocent days of watching Waiting to Exhale, when it was clearly too inappropriate for my consumption. And then, as a teenager, it didn’t really get much better when I fell in love with the HBO series’ The Wire. One might say that I’m all too familiar with the works of Mr. Wendell Pierce, from A Rage in Harlem to his newest role on the Michael J. Fox Show.

But in his role as Joe, Pierce pinched a different nerve. It was often times difficult to stomach the images of his character’s hidden homosexuality but it mirrored the feelings that most of us have. For me, it wasn’t just the same sex acts. The initial uncomfortable feeling came from knowing of a married man partaking in homosexual extra-martial affairs.

Pierce is a true master of deception and bravery making Joe not only convincing, but cunning. More developed than Ving Rhames in Holiday Heart or Wesley Snipes in Too Wong Foo, Pierce actually gave you the controversial depiction of a confused, misguided Black man trying to appear to live a perfect life.

3.5 STARS: Four maintained a serious tone full of love, passion, deception, and damage. The film opens up the doors for a healthy dialogue about taboo issues, such as men on the down low, sexual solicitation on the internet, safe sex, domestic problems, and self-image. Catered with a small yet vibrant cast, this movie is definitely a must see!

After raving reviews on the film festival circuit, “Four” opened nationwide in 8 cities on Friday, September 13th. Pittsburgh will be having a one-time screening of “Four” at AMC Waterfront 22 on Thursday, October 17th at 7:30 PM. Tickets are $12 and can be purchased online by clicking HERE.