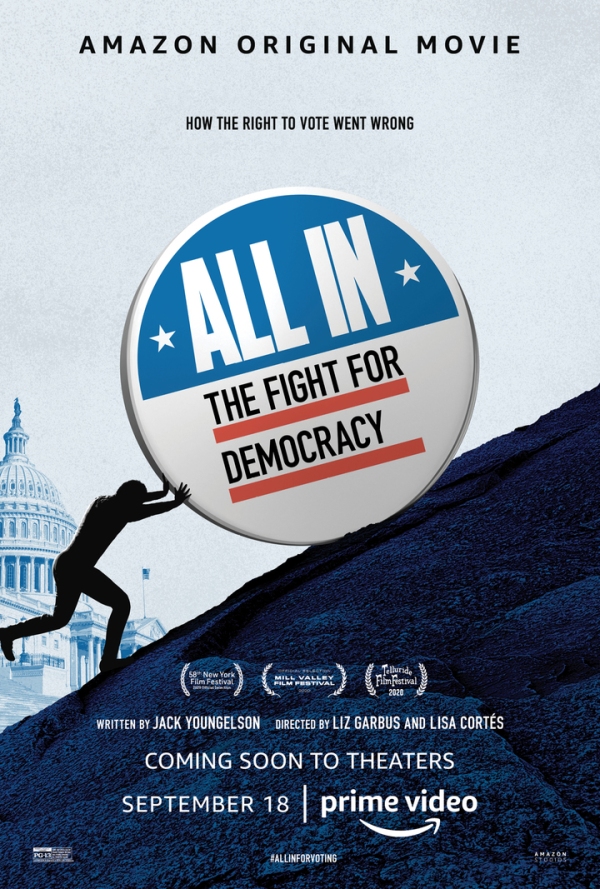 Tonight, join me for a special virtual screening of All In: The Fight for Democracy! Here’s the link for tickets: http://amazonscreenings.com/AllInMSQ

In anticipation of the 2020 presidential election, ALL IN: THE FIGHT FOR DEMOCRACY examines the often overlooked, yet insidious issue of voter suppression in the United States. The film interweaves personal experiences with current activism and historical insight to expose a problem that has corrupted our democracy from the very beginning. With the perspective and expertise of Stacey Abrams, the former Minority Leader of the Georgia House of Representatives, the documentary offers an insider’s look into laws and barriers to voting that most people don’t even know is a threat to their basic rights as citizens of the United States. Coming to theaters Sept. 9, on Prime Video Sept. 18.

Virtual screenings work a little bit different than in-person movie theater screenings. So here’s some pointers: Once you visit the link above to claim your passes, you will receive an email confirmation. And then about an hour before the screening, you’ll get an email where to check-in to reserve your spot. Please plan to “arrive” early as “seating” is technically first come, first serve.

Girls Trip’s Regina Hall and Black-ish’s Marsai Martin both star as Jordan Sanders — Hall as the take-no-prisoners tech mogul adult version of Jordan and Martin as the 13-year-old version of her who wakes up in her adult self’s penthouse just before a do-or-die presentation.

Insecure’s Issa Rae plays Jordan’s long-suffering assistant April, the only one in on the secret that her daily tormentor is now trapped in an awkward tween body just as everything is on the line. Little is an irreverent new comedy about the price of success, the power of sisterhood and having a second chance to grow up — and glow up — right. 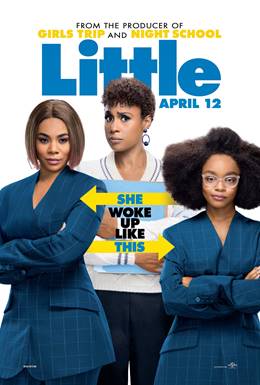 Here’s your chance to snag two tickets to the April 9th screening of Little. Comment below with your favorite Marsai Martin moment. I absolutely love her character, Diane, on black-ish. My favorite moment is when Diane argues with Charlie.  Classic!

In theaters July 10, The Gallows stars Reese Mishler, Pfeifer Brown, Ryan Shoos and Cassidy Gifford, under the direction of Chris Lofing and Travis Cluff, who also wrote the screenplay.  Twenty years after an accident caused the death of the lead actor during a high school play, students at the same small town school resurrect the failed stage production in a misguided attempt to honor the anniversary of the tragedy—but ultimately find out that some things are better left alone. 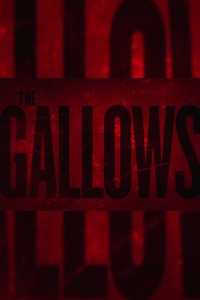 The Gallows screening will be held Monday, July 6th in the Waterfront.  For tickets, please comment below.  Winners will be notified Monday morning via email. 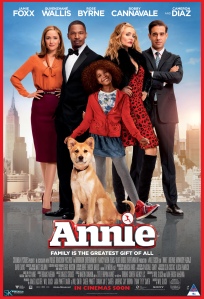 Also starring Jaime Foxx, Cameron Diaz, and Rose Byrne, Annie is a movie the entire family can enjoy.  This seasonal musical is filled with age-appropriate laughter and impressionable song. But, it is 11 year old Wallis that holds the film’s fate in the palm of her small hands.

Wallis is fun, adorable, and most important, relate-able. Little Black girls and children without families around the world can easily gravitate towards the shining presence that Wallis has on screen.  She has so many notches on her belt; however, the Academy Award nominee can add most adorable to her resume too.

Every child will leave the theaters mimicking little orphan Annie’s tunes and dance moves- just like they did with Frozen!

Cameron Diaz should scratch musicals, singing, and anything that requires harmony, pitch, and rhythm off her bucket list.  The There’s Something About Mary star sang like her life did not depend on it.  Even in the movie, the plot purposely pokes fun at her character’s bad musical talents.

Digital hacking and piracy has reached an all-time low.  In this case, the attack has created diplomatic turbulence and financial loss. The FBI has identified North Korean ties to the cyber attack on Sony Pictures. President Obama held a press conference on December 19 disagreeing with Sony’s decision to pull ” The Interview” – a comedy about a plot to kill North Korean Supreme Leader Kim Jong-un.  President Obama claims the Asian country was “imposing censorship”.

Sony Pictures released an official statement: “Those who attacked us stole our intellectual property, private emails, and sensitive and proprietary material, and sought to destroy our spirit and our morale – all apparently to thwart the release of a movie they did not like.”

The problem with Sony’s adversity and setback is the multi-billion dollar entity is basking too much in their sad ambiance.  Instead of moving quickly and diplomatically, they have created a huge domino affect of unnecessary, rash decisions.

I agree with President Obama. However, Sony should have never created this chaos by initially supporting such a movie with such controversial topic.  Don’t run scared now, Sony!

4 Stars: Unfortunately, Annie is a harmless bystander deeply effected by recent events.  This cyber attack should not deter audiences from witnessing this excellent, holiday film.  Quvenzhané Wallis as Annie is a true inspiration, making an historical, timeless impact on every young girl across the globe. 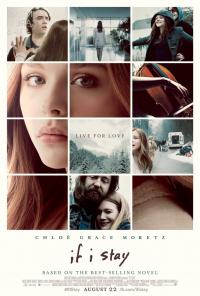 If I Stay, starring Chloë Grace Moretz and Jamie Blackley, is this summer’s ultimate love-layered narrative. Based off of a Gayle Forman novel of the same name, Mia Hall (Moretz) has an out-of-body experience after enduring a car accident that kills her entire family. It’s her cello, which she’s mastered, and her semi-turbulent relationship with punk rocker boyfriend, Adam Wilde (Blackley), that ultimately keeps her alive.

Chloë Grace Moretz, who is only 17 years old, is simply spell binding. She holds a small time beauty. It’s not just her cute-as-a-button face or petite frame, but even at a young age, it is evident that Moretz has already established a prosperous career.

The book is as gratifying and relating as the movie. Gayle Forman’s words bleed right off of the page. Rarely do you see such actual depiction when making a movie based off a book. There’s a novel sequel to “If I Stay” called “Where She Went” where narration switches from Mia to Adam. Both books are currently on the New York Times’ Best Sellers list, “If I Stay” is landing the #1 spot and the sequel comes in a close third place.

I’ve only read the first few pages of “Where She Went”, but I hope Director R.J. Cutler has the tenacity to push the rest of Mia and Adam’s story to the big screen. Cutler captures the creation of this love so effortlessly that I know making “Where She Went” ought to be a mere drop in the bucket.

“If I Stay” is “The Notebook”(2004), “The Fault in Our Stars” (2014), and “Ghost” (1990) all wrapped up into one pretty package. “If I Stay” is most similar to another novel-adapted movie, “The Fault In Our Stars”. Both movies tell the tale of young, unfortunate love with the multiple breakups, immature logic, and inevitable distance. 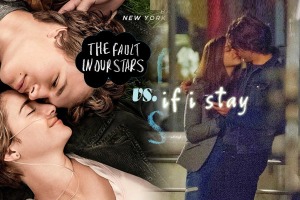 Even though the plot is cut short with cancerous death, “The Fault in Our Stars” lingers in the air a little bit longer than “If I Stay”. The movie immediately becomes heartache when two young people with terminal cancers fall in love. Yet both films relay powerful messages- life sometimes pulls you away from love and every true love doesn’t have a fairy tale ending.

4.5 Stars: I am tempted to give this movie a perfect score. While similar love stories have been told many different times, it is the sweet combination of the book and the movie that makes “If I Stay” one of the most leading romantic films of our time.

Ride Along and 22 Jump Street have already stake their claim as number one box office winners this year. Buddy cop movies are a growing trend in Hollywood and in order to successfully pull one off the movie must include consistent comedy, crooked cops, and a dynamic duo.

Let’s Be Cops joins the ranks as two Ohio friends try to convince themselves that they are members of the Los Angeles Police Department. Ryan O’Malley (Jake Johnson), a washed up college football player, takes the phony occupation too far when he drags his roommate, Justin Miller (Damon Wayans, Jr.), into his fantasy. 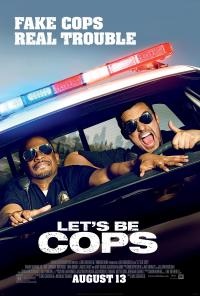 The movie has about four big hilarious moment and they are so spread out that it strings the audience along until the very end. But, it are those in-between moments are bland and uninteresting.

The real magic was the energy and collaboration between Jake Johnson, who had a small stint in 21 Jump Street, and Damon Wayans, Jr. They were like a group of immature college kids with no relevant agenda. Good, clean fun occurred when the pair put on their uniforms. 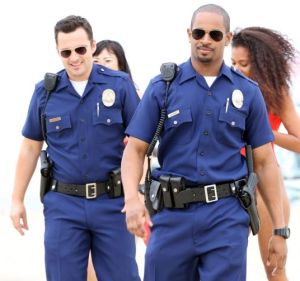 Damon Wayans Jr. and his pops were at the Pittsburgh Improv two years ago and they were equally hilarious. It’s truly a talented family to have bore so many naturally comedic people. Junior is young, attractive, and frequently reminds you of his father’s early In Living Color Days. 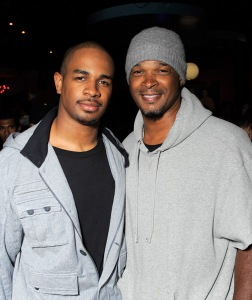 3 Stars: If you need a quick, inexpensive laugh then Let’s Be Cops is right up your alley. Damon Wayans Jr. has proven they his talents and insane wits are passed on through his father and funny family. On the other hand, Jake Johnson has crafted the lazy comedy. The stars are certainly on track for Let’s Be Cops 2 in the near future.

Teenage Mutant Ninja Turtles were first introduced in a 1984 comic book. The animated reptiles were quickly popularized with cartoon series, movies and a gang of official TMNT merchandise.

But like most childhood fictional tv characters-the Power Rangers, Duck Tales and Teletubbies- the essence of their being slowly faded away. A mixture of corniness and maturity added to their non-existence but it is moments like this where 80s babies can recapture those faded memories. 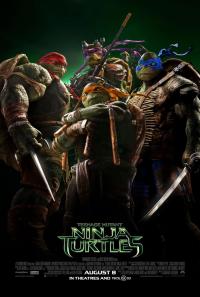 Megan Fox, Will Arnett, and Johnny Knoxville star in the fifth TMNT movie adaption. Nickoldeon’s version of Michelangelo, Donatello, Leonardo, and Raphael were back in action as vigilantes fighting a New York City gang, the Foot Clan.

The motion capture technology, which was also used in Dawn of the Planet of the Apes, provided precision and definition to the TMNT. Prepare to see the shelled superheroes like you’ve never seen them before.

It took too long to get the first glimpse of our humanly, pizza-loving turtle friends. The movie initially involved too much Megan Fox fluff and evil pretenses. In my mind, I’m thinking: “Bring on the crew!”

I was more excited to see Whooping Goldberg, who played an unflattering news director, than Megan Fox. Despite Fox’s sex appeal and cinema popularity, she is actually melodramatic as April O’Neil. 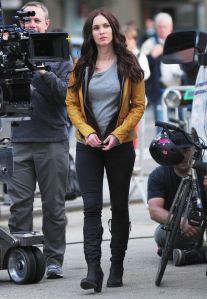 The sweetest redemption is enjoying the movies with your children, whether they’re yours or not. Children are able to capture the same memories of their parents. Even in its evolution, Teenage Mutant Ninja Turtles remains a timeless classic for all to enjoy.

2.5 Stars: The movie just was not as great as I thought it would be. Megan Fox was not convincing and we should have had more Cowabunga time with our childhood buddies. Overall, Teenage Mutant Ninja Turtles was hilarious, especially Michelangelo.

The Movie Scene Queen is hosting an advance screening of Universal Pictures’ LUCY on Tuesday, July 22nd at the Southside Works Cinema at 7:30PM. 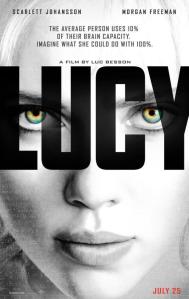 From La Femme Nikita and The Professional to The Fifth Element, writer/director Luc Besson directs Scarlett Johansson and Morgan Freeman in LUCY, an action-thriller that tracks a woman accidentally caught in a dark deal who turns the tables on her captors and transforms into a merciless warrior evolved beyond human logic. Lucy open in theaters July 25th!

For two complimentary tickets, please comment below with your favorite Scarlett Johansson OR Morgan Freeman movie. I’ll start with mine: Her (2014) AND Lean On Me (1989) 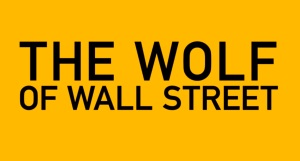 Tomorrow, Wednesday, December 18th, there will be a private, advance screening of Martin Scorsese’s The Wolf of Wall Street at AMC Waterfront 22, 7:30 PM. The movie is about a Long Island stockbroker Jordan Belfort (Leonardo DiCaprio) who refuses to cooperate in a 1990s-era securities fraud case. (courtesy of GOFOBO.com)

Visit http://www.gofobo.com/RSVP and enter the code BNLODNC5 to redeem up to two passes. 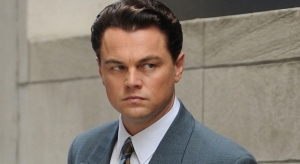