When Homewood resident Allison McLeod heard the news of Pennsylvania Gov. Tom Wolf closing all K-12 schools in the state, she instantly felt the impact of the COVID-19 pandemic.

“With the change in schedules, I had to scatter my son around from family member to family member, all while ensuring he stayed up to date with his studies,” she told the New Pittsburgh Courier in an exclusive interview.

As many Pennsylvanians scrambled to purchase groceries and toiletries, McLeod and other working mothers had an additional layer—finding childcare and balancing work with children.

With schools closed, McLeod now has to put even more food on the table for her son, Christopher. Additionally, as a behavioral specialist for two companies and founder of Building Bridges Parent Support Group, her work requires her to travel to three different counties. With all of the traveling for work, her biggest fear is, “becoming sick and bringing anything home that can compromise my son’s health.”

Health plays a big factor for mother of two, Willesha Miller. The Garfield resident, who works at a local hospital, is concerned about her son’s health, as he has previously suffered from pneumonia three times. Those who have had or currently have pre-existing health conditions are more susceptible to harsher complications from COVID-19, or novel coronavirus.

“The biggest inconvenience so far is trying to keep my kids occupied and food in the house,” Miller told the Courier. “It’s getting so expensive having to constantly buy food since they are home all day, seven days a week. I am honestly getting to the point of having anxiety if schools are closed longer.”

Jena Cox, of the North Side, also has two children, and they may each miss an educational milestone this school year. Her son, Jaoir, 10, is looking forward to his promotion to the fifth grade. And Cox’s daughter, Jaiden, 4, is looking forward to her promotion to kindergarten. “It would be very unfortunate if they don’t get to experience and celebrate their accomplishments with their peers and family,” Cox said. 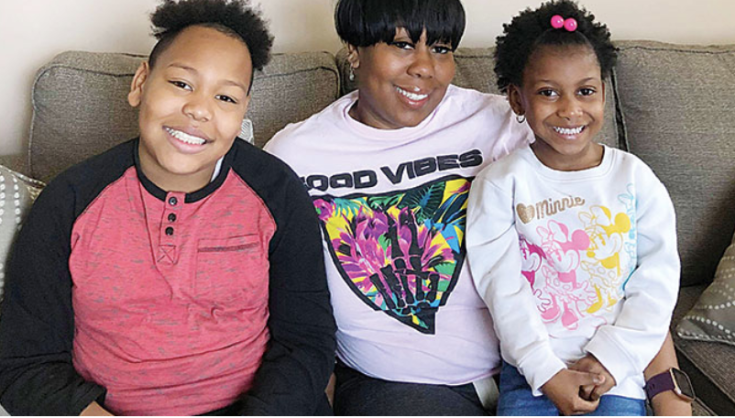 Merecedes Howze seemed to always go to the movies.

She transformed her love for cinema, creating a blog, reviewing movies and writing about the booming film industry in Pittsburgh.

She soon began receiving invites to premiers and advanced screenings, and even landed a job, critiquing films for the New Pittsburgh Courier.

But it wasn’t enough for Howze.

She decided to find a way for others in the community to enjoy the magic of movies.

As Pittsburgh’s Action News 4 Anchor Mike Clark found out, Howze is marking her 5th Anniversary of being Pittsburgh’s “Movie Scene Queen,” bringing thousand of people to local theaters, spreading her passion with children and families. 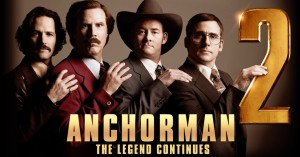 Any movie with Will Ferrell and Steve Carrell is a simple combination for idiotic humor. The movie was everywhere. Although there was a definite plot, the scenes were sporadic and sometimes, did not make sense. The broad, goofy outlook is a testament to the type of work Will Ferrell produces. Anchorman Man 2 is very similar to the other Ferrell movies such as Anchorman: The Legend of Ron Burgundy (2004), Blades of Glory (2007), and Stepbrothers (2008).

Meagan Good serves as the token Black woman for the first Anchorman lacked diversity. The only problem is her character was corny and pointless. Linda Jackson’s sole purpose is to provide a great seaway to the epic Black dinner scene. And I am no MAC cosmetic consultant, but I’m certain that her eyebrows were drawn on by an infant. I was afraid. In the 1970s, did women wear their eyebrows like that?

Despite Good’s questionable presence, this movie review could have easily been dedicated to the other numerous, awesome cameos. In the first few second of Anchorman 2, multiplatinum rapper and former Degrassi star, Drake, makes a special appearance that will make you chuckle. Acting is what put Drake on the map and I’ve always wondered why he can’t continue to utilize that craft in addition to rapping. Other memorable cameos include Will Smith, Vince Vaughn, Kanye West, Amy Poehler, Tina Fey, Liam Neeson, and Jim Carrey.

2013 was a big year for sequels. Earlier in the year, I projected the success of animated sequels but it seems as if all eleven sequels of 2013 made a significant impact on the film industry.

We will have to wait to see if Anchorman 2: the Legend Continues will also have a strong sequel box office opening weekend. Ninja 2 is this year’s last sequel and it will be released on New Year’s Eve.

3 STARS: Anchorman 2: The Legend Continues is stupid funny! It takes a special person, including myself, to understand the dynamics of Will Ferrell’s senseless comedy. 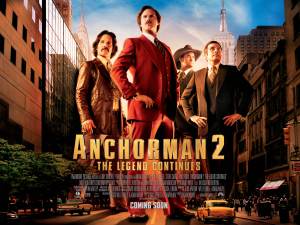 The Movie Scene Queen will randomly select five (5) winners to grab a pair of tickets to the special, advance screening of Anchorman 2. The screening will be held on Monday, December 16, 2013, two days prior to the opening of the film, at AMC Waterfront 22, 7:30 PM. Winners will be announced Monday at 10:00 AM.

For your chance for tickets, please comment below with your favorite moment from the first Anchorman (2004).

*Please note: Winners of this promotion will only receive guaranteed access to the theater with their guest at the advance screening; they will not receive the SuperTicket package.