Movie Scene Queen is giving away passes for the promotional screening of Universal’s FAST & FURIOUS PRESENTS: HOBBS & SHAW on Tuesday, July 30th at 7:30 PM at AMC Waterfront 22.  Please comment below with your favorite The Fast and the Furious moment. 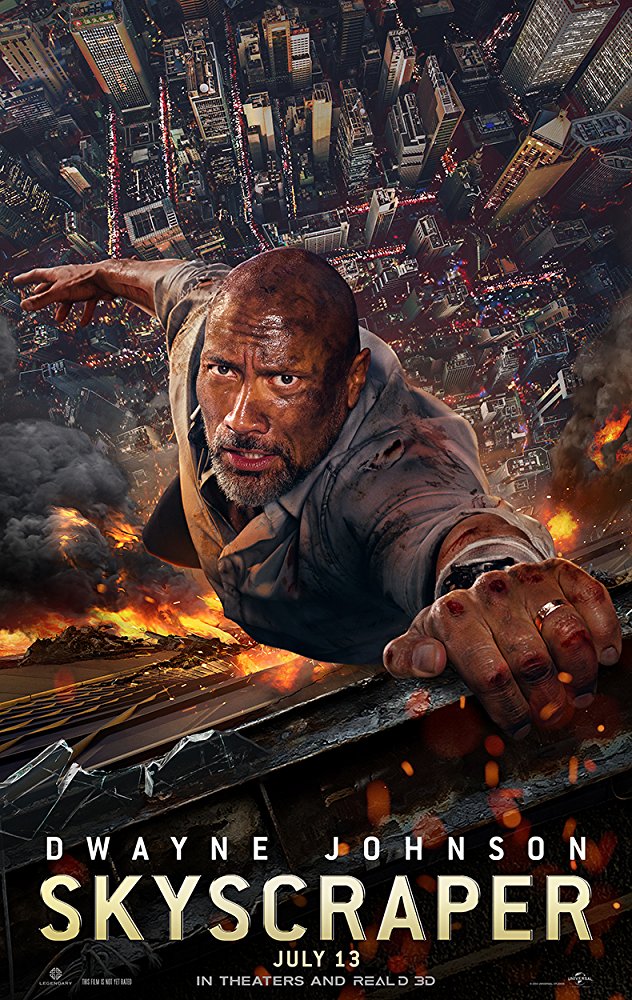 Global icon Dwayne Johnson leads the cast of Legendary’s Skyscraper as former FBI Hostage Rescue Team leader and U.S. war veteran Will Sawyer, who now assesses security for skyscrapers.  On assignment in China he finds the tallest, safest building in the world suddenly ablaze, and he’s been framed for it.  A wanted man on the run, Will must find those responsible, clear his name and somehow rescue his family who is trapped inside the building…above the fire line.

Please comment below with your favorite The Rock movie.  Skyscraper will be screening in the Waterfront on July 10.

Find out what happens when a lethal CIA agent (Dwayne Johnson) and his former schoolmate (Kevin Hart) encounter shootouts, double-crosses and espionage while on a top-secret case.  The screening will be held on Monday, June 13th in the Waterfront.  Please comment below with your favorite comedy duo.

Movie Scene Queen will be screening Furious 7 on March 31st at the AMC Waterfront 22, beginning at 7:30PM.  For tickets, please comment below with your favorite Fast and Furious moment.  It shouldn’t be hard because you have six action-packed movies to choose from.  Good Luck!

This review comes just a little late. TWO WORDS: WORK and LIFE (and I’ll leave it at that) Now for the review…

Pain & Gain was full of eye candy. But other than the glistening, baby oiled muscles of Mark Wahlberg, Dwayne “The Rock” Johnson and Anthony Mackie, it was very “painful” to watch this Michael Bay film. The movie was based off of the true story about a group of local bodybuilders from Florida’s Sun Gym who have the dumbest Get-Rich-Quick scheme. Daniel Lugo (Wahlberg) recruits Adrian Doorbal (Mackie) and then joins forces to recruit religiously conscious and former jailbird, Paul Doyle (Johnson) to kidnap local businessmen, torture them, and extort them all of their possessions.

The first kidnapping, which clearly was not planned, included several failed attempts to kill deli owner and rich man Victor Kershaw (Tony Shalhoub). Before fake killing him, the bodybuilding friends forced him to sign over all of his assets. Daniel Lugo quickly started to flaunt his illegally obtained new items, Adrian Doorbal took his cut to start a family, and Paul Doyle blows his piece of the pie on strippers and drugs.

Paul’s habits forces the crew to pick a second target. The second target is Frank Griga (Michael Rispoli), who owns a successful phone sex company. During their second meeting with Frank and his wife Krisztina, Lugo accidentally kills Griga when weights crush his skull. Griga’s wife discovers her lifeless husband’s body and becomes hysterical. (And this is where the movie gets worse) Paul Doyle uses a horse tranquilizer to sedate her. Once she becomes lucid, he then gives her another horse tranquilizer that kills her. The men then dismember the married couple’s bodies, stuff them into large tin cans, and dumped them at the banks of a river.

The gang eventually forgot all about first victim Victor Kershaw assuming that he fell off the face of the Earth. Kershaw hires a private investigator that proves the 3 men indeed wrongfully acquired of all Kershaw’s fortune. The movie ends with the arrest of all three suspects. The star witness is Paul Doyle who testifies against his co-defendants.

Of course, the movie is a lot more exciting then I’m making it out to be. All I know is that I am just relieved that I did NOT pay for the movie.

A MOMENT OF SILENCE FOR ANTHONY MACKIE
No, he’s not dead! Just drop dead gorgeous. It wasn’t until this movie that I realized how attractive he is. (No Thirst!) I was not truly moved with his performances in 8 Mile, Notorious, or Million Dollar Baby. But he has evolved as an actor. I was first introduced to him 2008 when I heard his brother, Dr. Calvin Mackie speak at a conference at Slippery Rock University. Dr. Mackie facilitated a great discussion about Hurricane Katrina, the devastation to New Orleans and its people, and how the occurrence forever changed the face of the United States. He mentioned his brother being an actor and after the workshop, I quickly researched Anthony Mackie. Although, I don’t think he’s reached his acting climax, it is great to see him in more acting roles. Great Job, A. Mackie! (Yes, I gave him his own nickname)

2.5 STARS: Mediocre is an embellishment!

Check it out for yourself…Pain & Gain is in theatres NOW!